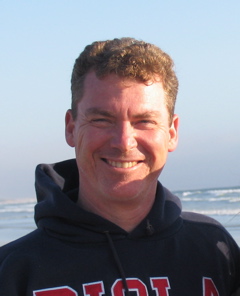 I was born in 1965 to British parents in the then colony of British North Borneo. It is now part of Malaysia. My parents are missionaries and I was born in the jungle. The only way into the small village of Tenom, was by train. Now there are three ways into the village by road, the train is usually used for sentimental reasons. I learned English and Chinese from my parents and Malay from the young woman who helped my mother care for we four children.

In 1969 Malaysia received it's independence from the UK and a Muslim government came into power. They quickly asked all foreigners who were there for religious reasons to leave...unless they were working for the government. There used to be a web site created by two of my former students whom I taught in the Los Angeles area. Their mother was born in the village I was born in and they ran into my parents in 2001 when both they and my parents where visiting again. Boy did my parents get a real shock!

I can't keep track of Bang Tai and Bang Yong so old web site does not work. I did find Bang Tai on Facebook though. This link does have pictures of the village though. It has photos of the village of Tenom I was born in and some other places we lived as well.

We moved to Taiwan where I attended an American school. With two exceptions I spent all of my k-12 school years attending American schools in Taiwan. There I forgot my Malay but continued to learn Chinese.

After graduating from high school, I came to the US to attend university. After two years of a double major in Electrical Engineering and Computer Science at Le Tourneau University I decided that that was not the life for me. I changed course and graduated three years later with a degree in  Education from Biola University in southern California, and later a minor in English.  Finally I decided to earn a Masters of Science degree, I completed that work at California State University Fullerton in 1998.

Two years after I started teaching I married my wife. Now, many years later we have a son and a daughter.

Now my professional life. I began teaching Jr. High  English and math. I taught in the classroom for seven and a half years until taking my next position. I trained and supported teachers in their use of technology in the curriculum. Here is the high school I used to work. After working there for another seven and a half years I moved to the district office. I continued doing the same kind of work but now for all of the schools. Our department supported all staff and students in the district with many different technologies. We supported more than 20 different systems, from email to web servers, from Voice Over IP (VOIP) to network filtering, from internet access to troubleshooting and repair.  I am now back in the classroom again.  I taught middle school English, Science and Math at Garfield school in Alhambra for seven years.  Perhaps you have noticed the pattern of sevens.  I am teaching English at Alhambra High School now, and if all goes well I shall be here for seven years.

My personal interest involve music ( I play two instruments), soccer, old cars, mountain biking, and students. I teach as a choice, since enjoy the interaction with young adults so much.